It was one short Striper today. Then it was BIG BLUES. I saw some pods of bunker today getting attacked I was hoping it was the Stripers but it was the Blues and they were hungry. We had very good action everyone was tired at days end. Tomorrow is going to be a wash out. It is suppose to blow east pretty hard and rain. With the new moon being Thursday and the east wind its going to make for excellent Striper conditions on Friday. I hope to go out with a band before switching to Fluke on Saturday. It looks like last call except for some afternoon striper specials I have planned.Hopefully I will see you Striper fishermen on Friday. Thanks for checking in , Capt. Rob 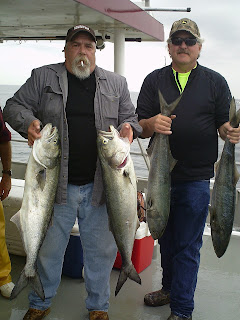 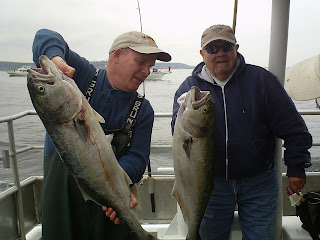 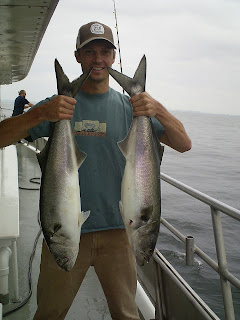 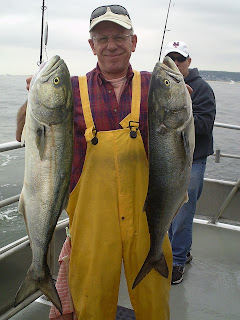 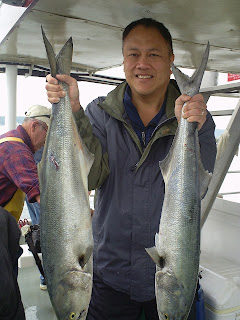 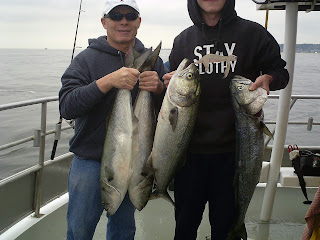 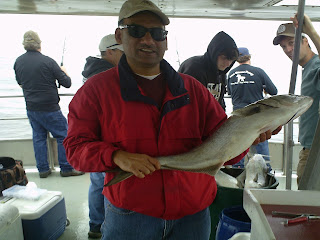