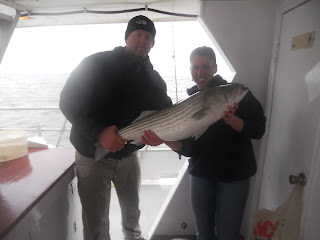 I was a little rusty to start the 2012 season. I made several drops without a bite. There were fish in the area feeding on Bunker but they didn't want the clams. Didn't want to start of the season with a donut but it sure looked like it was going to happen. I drove around looking for something good to stop on away from the Bunker, that would eat the clams. We were just about out of current it was do or die. Finally saw a little something on the fish finder to stop on. Dropped anchor cracked a few clams and it was fish on!!! I had to stay out a little late but we ended up with a nice bunch of keepers and some shorts. Very Happy with the first day.
Thanks for checking in, Capt. Rob 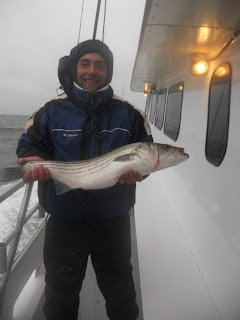 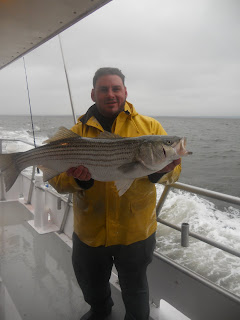 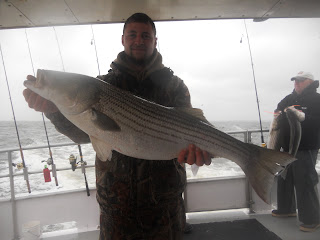 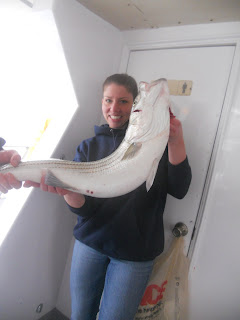 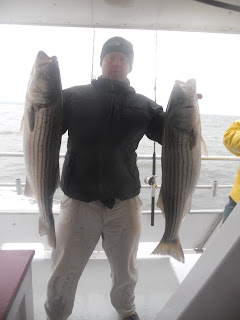 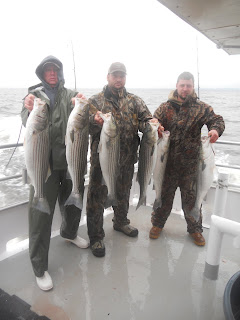 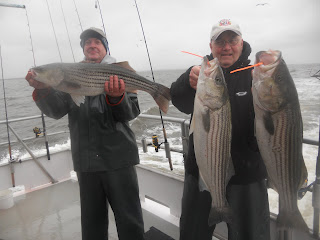 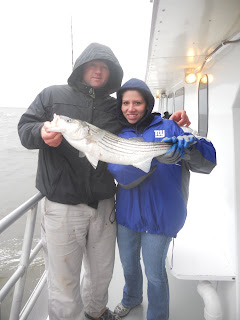 Tomorrows weather doesn't look very nice, gonna get a little wet. We will be there in the morning ready to go if you would like to come down and get some Stripers! We will be fishing everyday from now on. If we dont see you tomorrow we will see you soon.
Thanks, Capt. Rob
Posted by Captain Rob at 3:13 PM 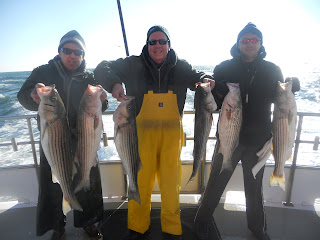 I hope everyone had a good winter. If you want to call it that, you couldn't ask for a nicer one that's for sure. I just put the SEA HUNTER back in the water today and brought it back to Atlantic Highlands. I have a few things left to do to get her ready for the spring Striper run. I heard of a few Stripers caught today but its not time yet. We will be starting our season at the end of this month. Our first scheduled trip will be Saturday March 31. I'm looking foreword to seeing everyone and putting some fish on the deck. Cant wait!!