Today started like the past couple days, many areas of fish bit they didn't stay hungry long. We had one good wack at them getting a keeper a couple bonus fish some shorts and big blues. we found another area with bunker and big fish splashing on top but we only managed one keeper out of that.Next we headed down the beach and caught some big blues and one striper.The one striper we did catch there had five others follow it up to the boat.We played with the blues for a little while then went searching for some more stripers.we found them but they were all shorts.All in all I cant say a good day but I cant say bad either. we were into fish all day but not enough keeper stripers caught.There is plenty of bait around bunker and also herring.It looks like we will be fishing for at least a couple more weeks.tomorrow looks like another nice day, See you then, Capt. Rob 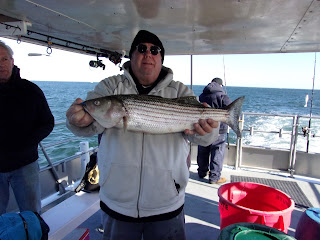 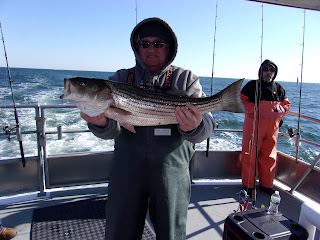 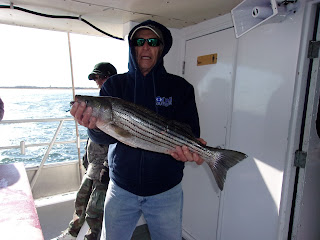 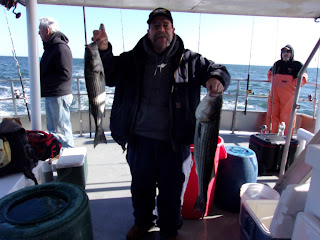