SEA HUNTER 10-29 STRIPER REPORT IT WAS NOT LIKE YESTERDAY

Headed rite back to yesterdays spot where we had them on the Bunker. Still pods of Bunker in the area but very spread out. I tried different pods but couldn't get a touch. I figured it was a tide thing as I didn't get there till late morning yesterday and that's when all hell broke loose so I was gonna wait them out. As the morning wore on we could see the bunker starting to flare up so we knew there was some fish in them but we still couldn't catch. I ended up leaving and found some bird life but it was mostly blues, We did catch one 23 lb Striper out of it. On the way home i went back to the Bunker hoping for another shot but it didn't pan out. The Striper Gods were not smiling on me today. Tomorrow will be another adventure. Be ready for everything, Jigging. Eeling  Live bunker every day is different.  See you then, Capt. Rob 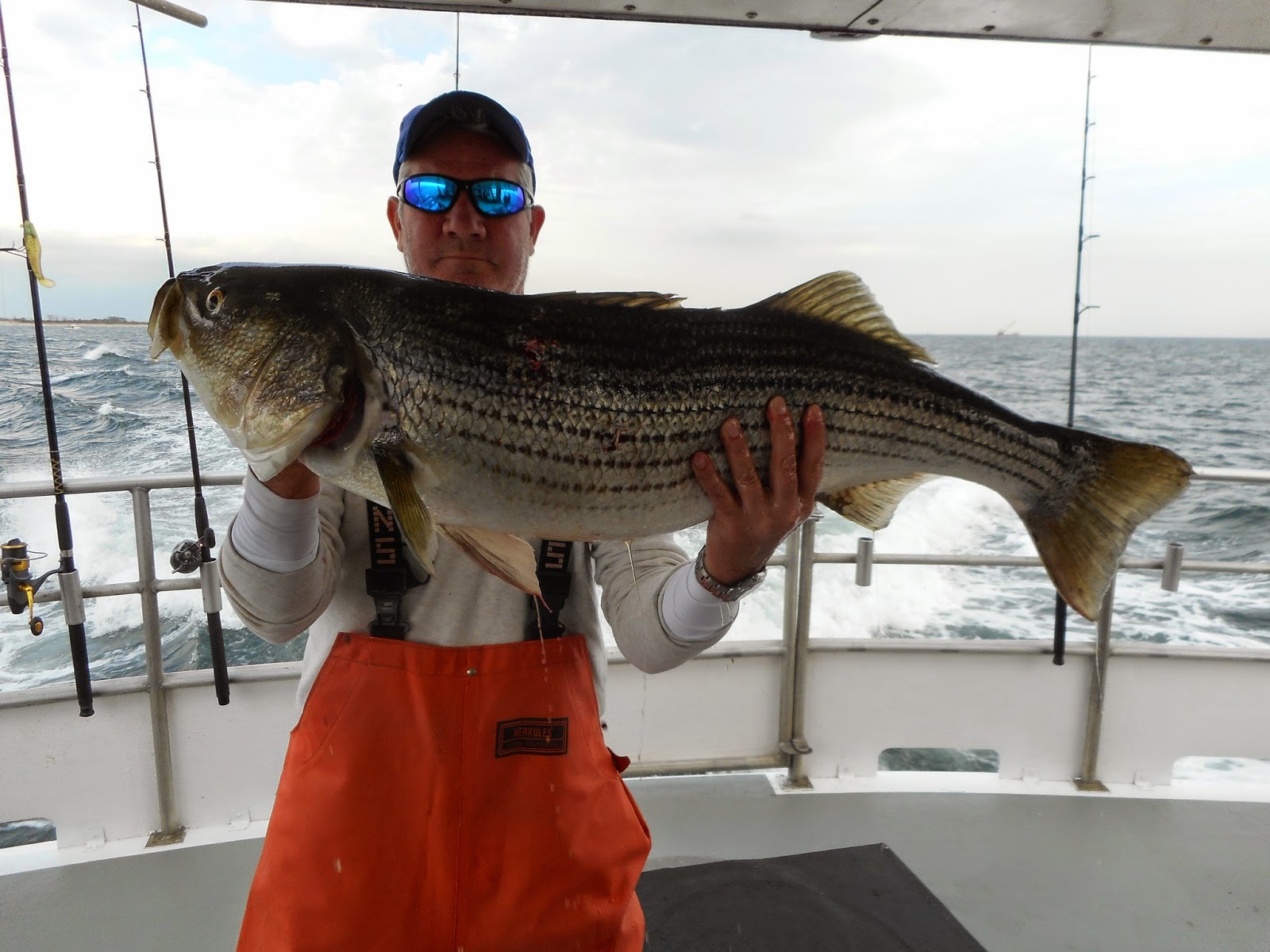